Volatile Uncertain Complex Ambiguous – these four words which make up this acronym V.U.C.A. have become a dominant description of our times. First coined by the leadership theorists Warren Bennis and Burton Nanus in 1985 in their book “Leaders. The Strategies For Taking Charge”. The term was later adopted by The U.S. Army to describe the lack of clarity they experienced as the world shifted from the Soviet Union as their one unambiguous enemy to a post-Soviet world characterized by multiple threats.

V.U.C.A. has become the acronym of choice to describe the turbulent times in which we all live today.  Digitalization, climate change, viral pandemics, financial crises – these are just some of the forces that seem to be turning our world upside down. Many reputable companies such as Kodak, Nokia and ToysRUs have been ravaged. The emerging response is a growing fear of the future and the disruption it may bring. 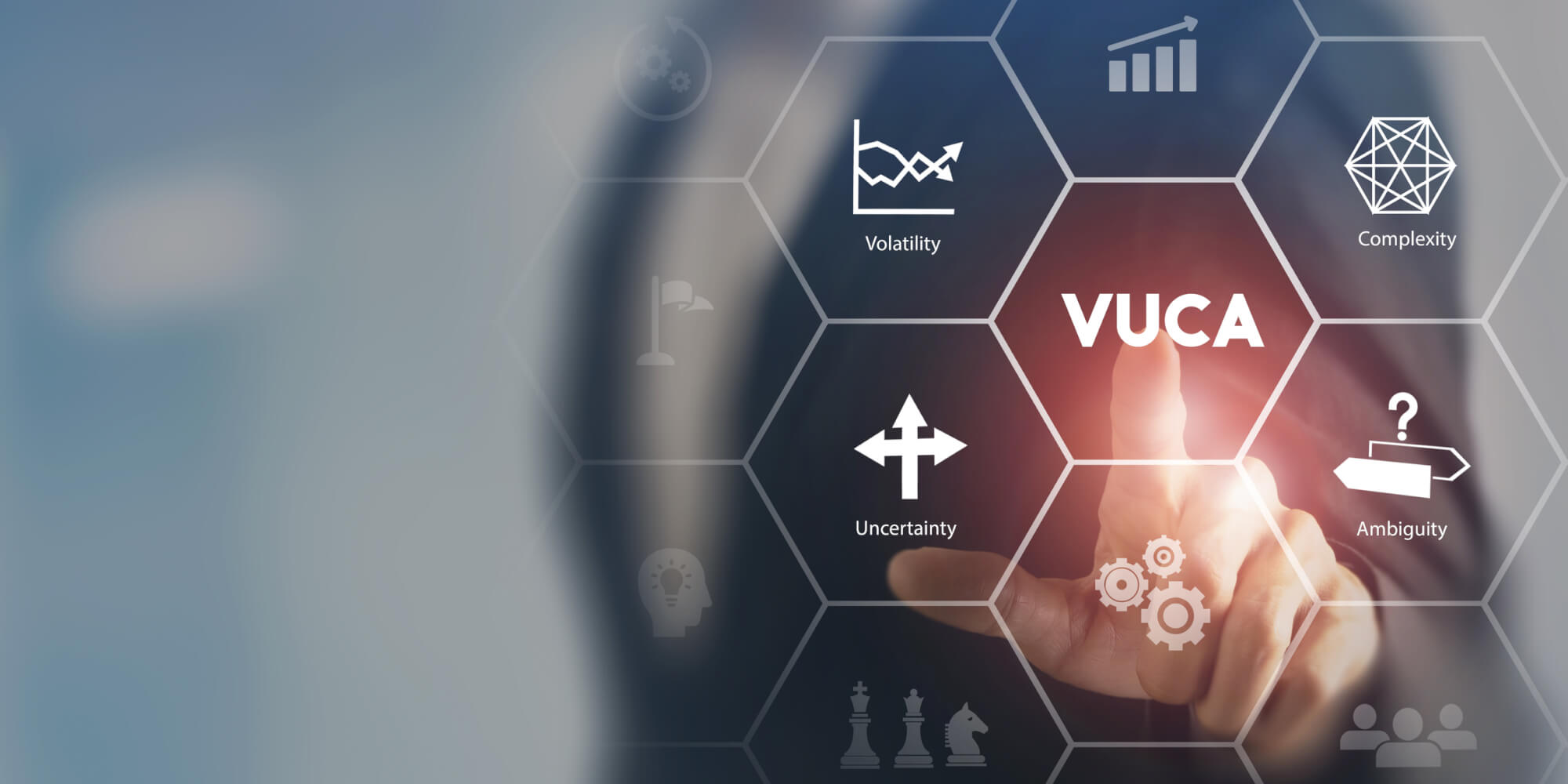 Business' reaction to a V.U.C.A. World

Businesses are frantically trying to find ways to reduce ambiguity.

The prevailing belief is that if the rampant ocean of turbulence can be traversed, solid ground will be eventually reached on the other side. This belief is misguided.

Habits and ways of thinking which have been enormously successful - not only for decades but for centuries - are certainly the cause for having this belief. When faced with such a major challenge such as V.U.C.A. the knee-jerk reflex is to analyze the situation by breaking it up into parts, look for the root causes and then fix it.

But what happens when the root cause of the V.U.C.A challenge is our own way of thinking?

The world has strikingly demonstrated that it does not obey the rules of linear causality. In an interconnected world causality is multi-directional. Feedback loops have revealed that seemingly minor unrelated disturbances can have major system-changing ripple effects.

One example of multi-directional causality is the seemingly innocent looking financial instrument CDO which was created in 2002. CDO (or collateralized debt obligations) were used for refinancing mortgages in the US and as a result, became one of the contributors to the Great Recession 0f 2008. Who would have thought that the CDO would have partially contributed to the Euro crisis in 2011?

Despite all of the evidence from financial markets, from society and from nature - most of our organizations continue to cling to the myth of linear causality.

V.U.C.A. has no one source. There is no silver bullet which will bring more certainty or less volatility. V.U.C.A. is the way the world is and has always been. We are only now becoming acutely aware of the pervasiveness of V.U.C.A. in the world all around us. The current information age has made V.U.C.A. more visible through the acceleration of change which is taking place. 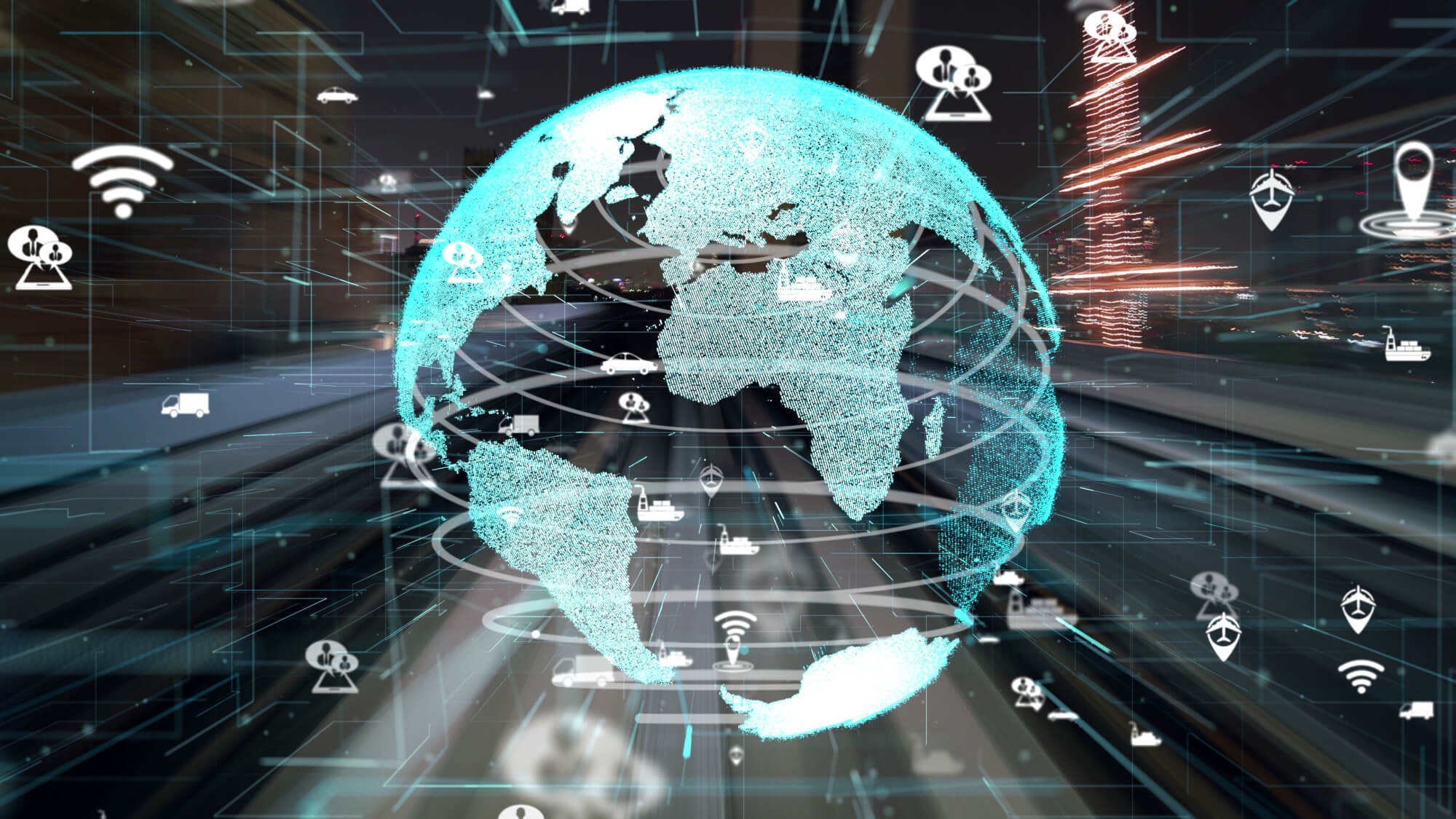 We cannot resolve the V.U.C.A. world but we can transcend it:

The first step away from a V.U.C.A. world is taking a look at our own thinking. Leaving a V.U.C.A. mindset filled with fear of the future behind, enables a W.I.S.E. mindset to emerge. It is a mindset characterized by a reverence of life’s ability to continuously renew and regenerate itself.

Emergence of the W.I.S.E mindset

A W.I.S.E. worldview begins by accepting and embracing V.U.C.A. without fear. Unpredictability is not a bug in our analytic algorithms, it is a characteristic of our world. In some situations good approximations about what the future will hold can be made. This makes accurate prediction a possibility. However, in a complex world there are too many variables which are interacting with each other. Just ask any weather forecaster who attempts to forecast the weather just two to three weeks in advance.

What does the acronym W.I.S.E. mean?

W.I.S.E is the synthesis of four words:

A W.I.S.E. world focuses on the WHOLE because here is where the health of individuals, organizations and our planet resides.

Health is the most important asset that any a living being posesses. A focus on the health of the whole will ensure positive outcomes.

It is interesting to note that the English word “whole” originates from the proto-Germanic word “haila” which means “undamaged”. “Haila” is not only the source of the word whole, but also of the word health. In other words, when we focus on the whole, we automatically focus on health as well.

WHOLE also implies the well-known maxim that “The whole is greater than the sum of its parts”.

An example of this maxim can be understood by automobile parts. The individual parts have no apparent value. However when they are all assembled into a car, the value in its ability to transport people and goods becomes evident. This is an important viewpoint which is often not perceived.

The Western tradition is ingrained with reductionist thinking. What does reductionism imply? The whole can only be understood if the parts are understood. This is patently inaccurate.

The following example illustrates the invalidity of reductionism: Both hydrogen and oxygen can be analyzed. Everything is known about these two elements. However this knowledge will not reveal the characteristics of water which arise from the combination of oxygen and hydrogen.

Whereas reductionist thinking can be extremely useful, a W.I.S.E. world dismisses prediction and certainty as a means to produce good outcomes. Alternatively it emphasizes a healthy balance between the analytical approach of reductionism and an integrated approach which creates a greater awareness of the WHOLE.

What does embracing the WHOLE mean for business leaders? 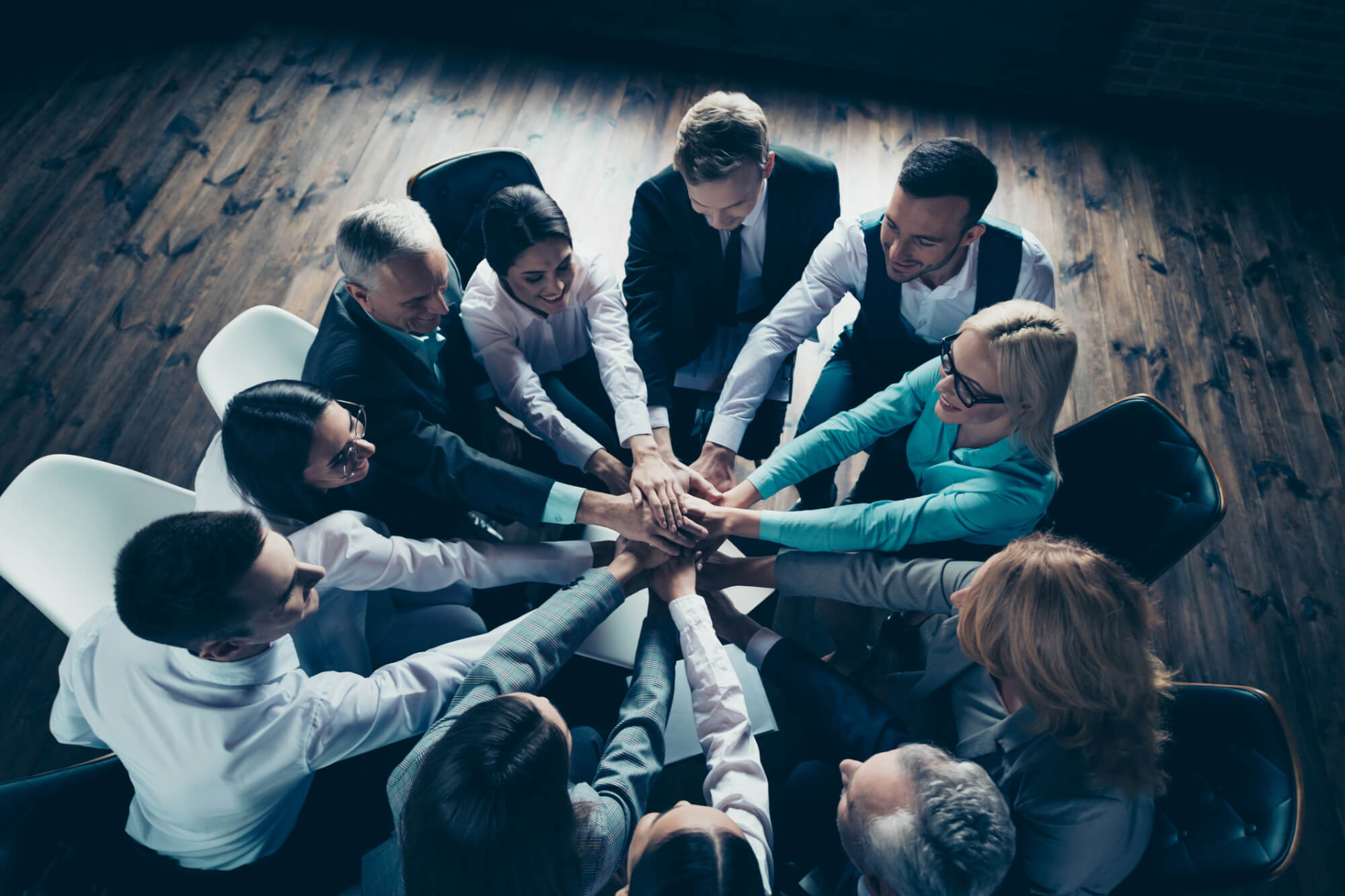 A W.I.S.E. world recognizes that everything is INTERCONNECTED.

Physicists discovered at the quantum level the phenomenon known as “entanglement” in the 20th century. Particles cannot be seen as independent of each other. They are all part of the same system.

David Bohm used a famous metaphor to describe what is happening: When we look at waves in an ocean, each wave appears to be an independent object. However in reality all waves arise and return to the sea of water from which they were formed. Bohm’s observation implies that as individuals and organizations we cannot see ourselves as separate from nature. When we damage the environment, we damage ourselves.

INTERCONNECTEDNESS has many further implications on both a personal and organizational level. From a personal perspective, a lack of connections has a direct impact on an individual’s health. Loneliness can be seen either as a lack (or the perceived lack of) interpersonal connections. Loneliness is often the first step towards much more serious mental health issues such as depression. Recent neuroscientist research has now well established that interpersonal relationships can be as important to our health as diet and exercise.

From an organizational viewpoint, INTERCONNECTEDNESS can contribute to an organization which thrives or one which is disrupted and fails. Innovation is a result of interconnection which existing technologies and/or concepts together in a new way. All of the technology needed to build an iPhone was available in 2006. Sony had all of the required technology in-house. However, it was Apple which was able to connect the dots and bring the iPhone to market.

What does INTERCONNECTEDNESS mean for business leaders?

Connecting people and ideas is one of the most important activities which a leader can cultivate and communicate. 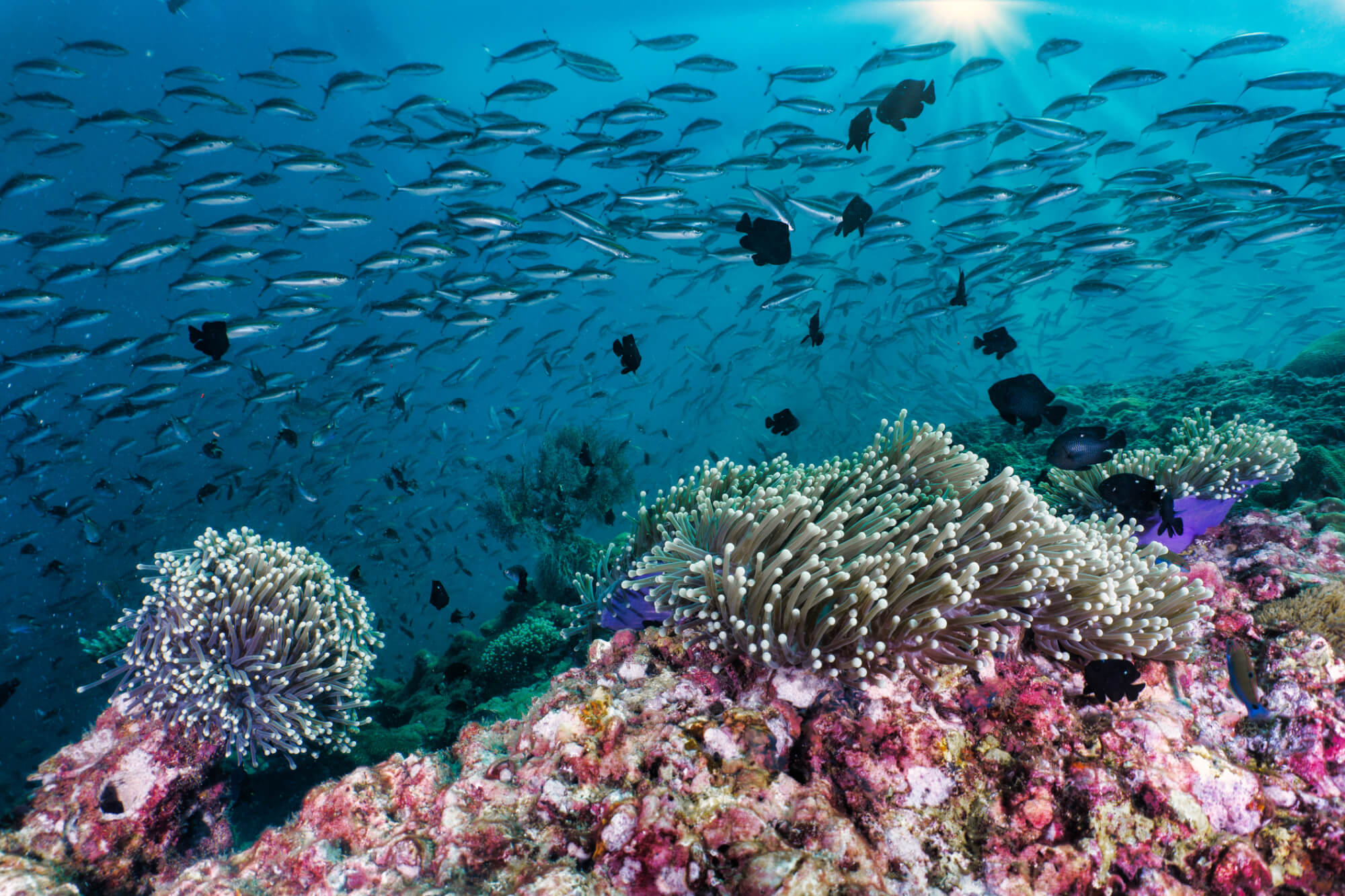 A W.I.S.E. world is SYSTEMIC. Networks provide the underlying patterns of organization for all of life.

Ecologists have known this for more than a 100 years. All living beings are interconnected with each other through food webs.

Our own bodies are the consequence of multiple networks. There are the neural networks in our brain and throughout our body. Our entire circulatory SYSTEM is a network of arteries, veins and capillaries which carry nutrients all over our body. 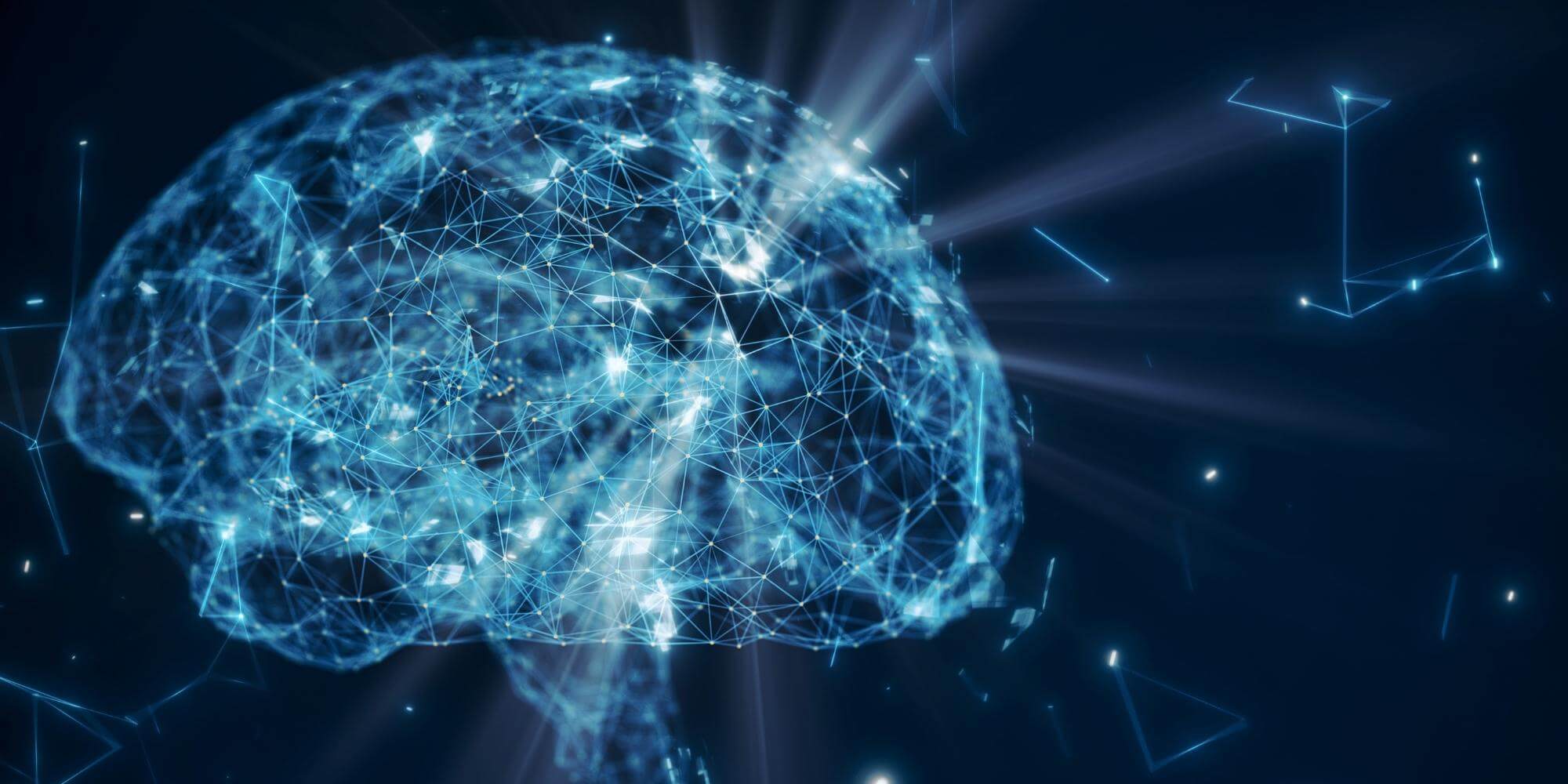 If we look carefully, we can see that our organizations are networks as well. For example, value chains (or better said 'value networks') in every industry are a system of interconnections through which the transfer of information and material goods take place.

However most businesses still view their organizations as machines whose sole purpose is to convert inputs into outputs as efficiently as possible. In this mechanistic and reductionist world view, if something doesn’t work, you identify the faulty part and either fix or replace it.

In a W.I.S.E. world, businesses are living SYSTEMS based on networks. As with all living systems, resilience is more important than efficiency.

What does SYSTEMIC mean for business leaders?

The networks of interconnections in a business need to be cultivated by its leaders and fostered throughout the organization and its business ecosystem. Like a garden, when an organization is healthy and well-tended, it will flourish year-in and year-out. 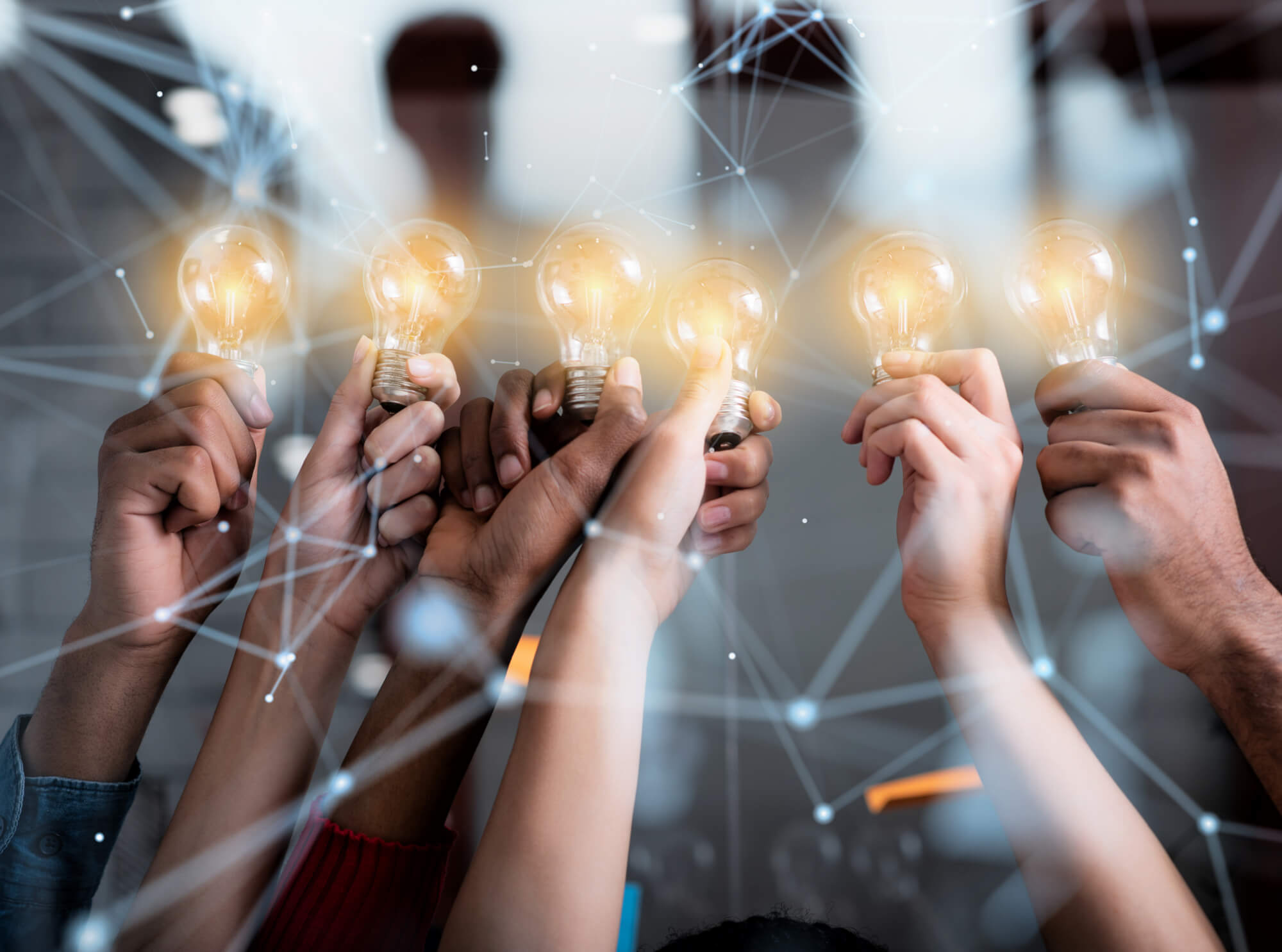 A W.I.S.E. world is ENERGIZED. Ultimately it is energy which flows through networks.

Everything is energy as Albert Einstein’s famous equation E=MC² encapsulated.

Energy in organizations directly correlates with the flows of materials and information throughout the networks of the organization itself. When these flows stagnate or are blocked, frustrations among an organization’s people grow and rumors proliferate.

What does an ENERGIZED organization mean for business leaders?

Leaders need to pay attention to flows throughout their organization and put a special emphasis on transparency. Both transparency and the trust which emerges from it, provide the fundamental ingredients to keep energy flowing. 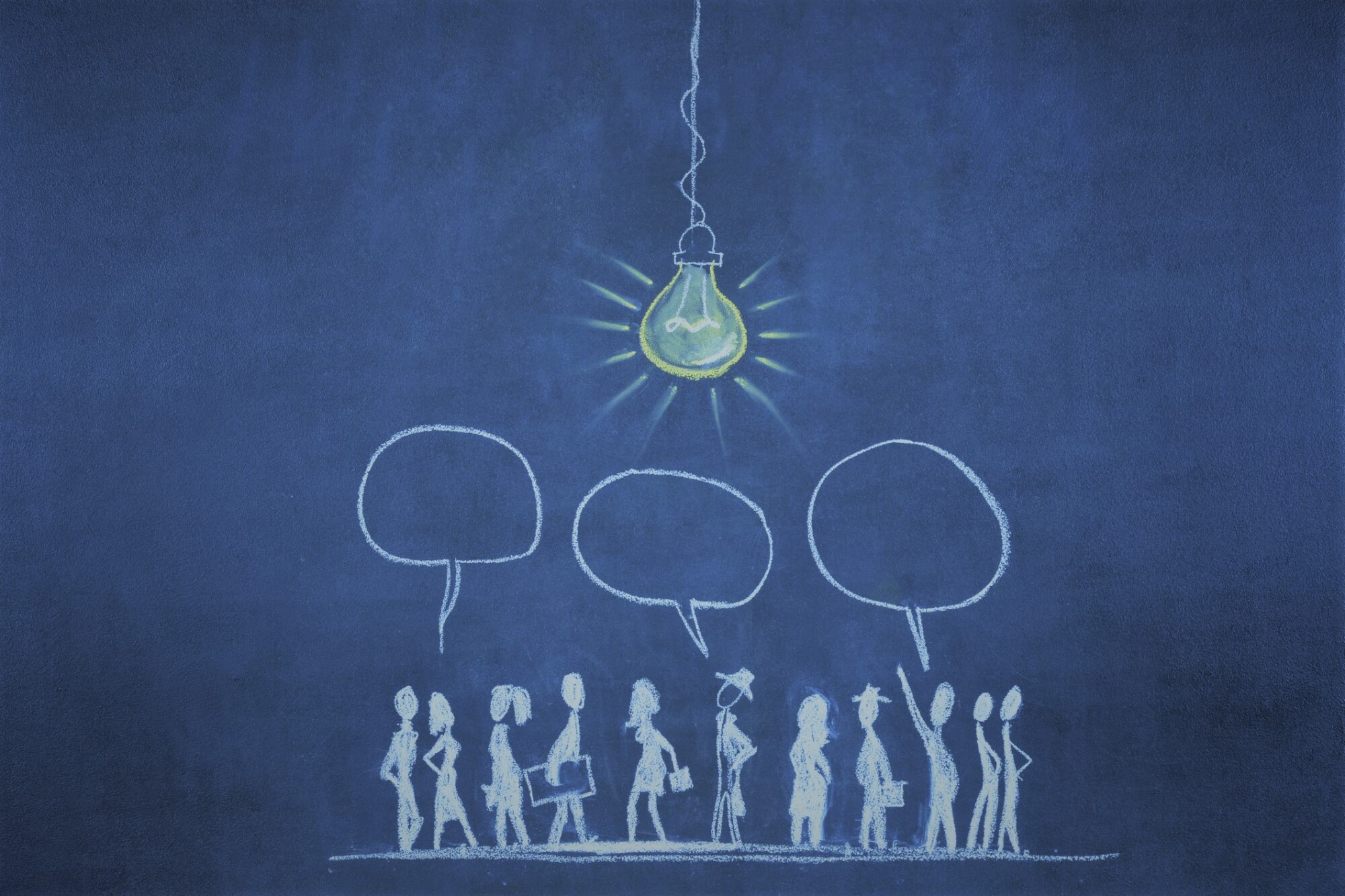 Living in a state of constant fear of the future is needless. V.U.C.A. can be overcome. How? Certainly not because the world will become less volatile or complex or ambiguous. V.U.C.A. can be transcended when we have become W.I.S.E. enough to understand the implications of V.U.C.A.

Challenging long held assumptions and ways of thinking is the answer. Breaking away from centuries of ingrained thinking habits requires a shift from a worldview dominated predominately by reductionist thinking.

A W.I.S.E. world is embodied by an organization which is teaming with energy, emergent potential and focusses on cultivating the circumstances to ensure its thriving future.