New leadership skills and sensibilities are essential for a rapidly complex and changing business environment.

The growing need for agility has led to the realization that leadership is a team sport which requires the co-ordination and collaboration of many leaders. Moreover, the importance of leadership lies not only at the level of a team, but increasingly at the level of the network.

With information flowing at unprecedented speed, no single person can possess a complete overview of the current state of affairs in a business. Due to an environment characterized by complexity and rapidity, it is crucial for leaders to make sense of the situation by reaching out and engaging diverse perspectives. Where will these myriad of perspectives come from? Not only from within their organization but beyond its business boundaries with outside collaborators as well.

Networks are required to access such multiple perspectives successfully. 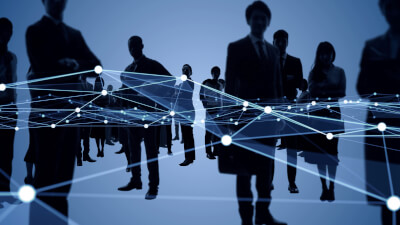 The example of the camera development project launched in 2009 for Apple's iPhone7 Plus provides an excellent example of the power of multiple perspectives. The goal was to build a camera into the phone which could provide a "bokeh" feature - an aspect of photography which is acknowledged by professionals to be a level of the highest quality. "Bokeh" is a Japanese term referring to the pleasant blurring of a photograph's background.

In most cases. the camera team was able to technically realize this effect. However a few unique technical exceptions prevented the release of the "bokeh" photographic feature. In order to resolve these persistent issues, other team members from sensor software, UX prototyping, algorithm teams, and - perhaps most important - senior design leaders came together.

With the help of the senior design leaders the team was able to define the question "What makes a beautiful picture?" . This definition helped to advise the algorithm team to pursue these guidelines. The result? An acceptable standard was achieved despite some technical exceptions and the new "bokeh" feature was included in the next iPhone release. This breakthrough would not have materialized without the inclusion of other teams and individuals from various other departments.

From "Bokeh" Photography to Dragonfly Thinking

New leadership capacities need to be championed to collaborate successfully at the network level.

Like a dragonfly, leaders need to foster their ability to gain multiple perspectives. Dragonflies have two large compound eyes, each with thousands of lenses, and three eyes with simple lenses! They are powerful and agile fliers, capable of moving in any direction, and changing direction suddenly. While in flight a dragonfly can propel itself in six directions: upward, downward, forward, backward, to the left and to the right. These are great capabilities to view the environment while at the same time being able to swoop down to see the individual components as well.

Dr. Bruce Oberhardt, a biomedical engineer and entrepreneur, has developed a unique approach to problem solving which was inspired by his encounters with dragonflies. His Dragonfly Thinking approach enables leaders to identify and solve important problems in a creative and highly effective way.

Ideas are the fuel that make the impossible possible.
Bruce Oberhardt 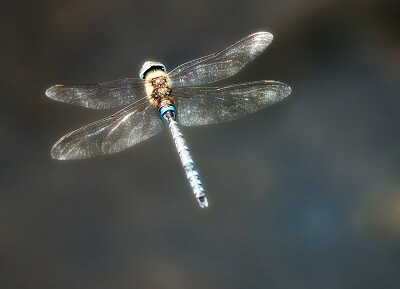 What skills does a leader need to become a "Dragonfly Thinker"?

To be able to capture the multi-faceted nature of an issue.

To provide a safe zone for everyone involved to say what he/she thinks.

To have the ability to iterate between different ways of looking at a problem.

To provide clarity around the purpose of the problem-solving activity. 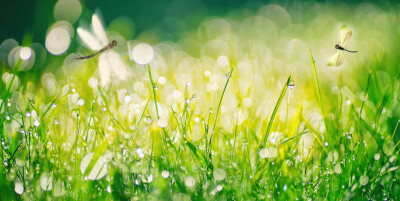 Safe zones allow the dragonfly larva to metamorphosize and fulfill its purpose. The mature dragonfly with its multiple eyes ensures that it can continue to "see" the multi-faceted nature of the issues which it encounters. Lastly, its flying agility enables it to map the environment and the interconnectedness of its parts.

Like the dragonfly's flying skills, such agility is reflected in the key leadership skills needed to work through an increasingly rapid-changing business environment.

Ultimately the true shift in leadership capacity occurs when leaders are able to "see" themselves and understand the consequences of their actions.