How does Peer-to-Peer Networking support the Five Disciplines?

The Five Disciplines of the Learning Organization include: Personal Mastery, Mental Models, Team Learning, Shared Vision, and Systems Thinking. The discussion which follows demonstrates how Peer-to-Peer Learning supports all five of these disciplines. 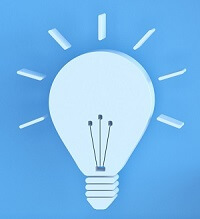 Personal Mastery describes the strength of people to be proactive and keep on learning in order to continuously achieve results which are important for them.

The two key factors of this discipline are:

1. Defining what is important to us and

2. Being able to see the current reality as it is.

The essence of the Peer-to-Peer Networking approach supports proactive learning. The process of self-organized small groups of employees holding discussions about key business topics demonstrates how learning can take place throughout the workplace. This group learning from these sessions naturally shapes other processes in the organization.

The Peer-to-Peer Networking sessions are constructed in such a way to encourage and support personal mastery development. These conversations invite participants to deeply reflect upon the personal importance of the topic in a business context. This is achieved by telling and reflecting upon personal stories related to these topics. Adult learning theory advocates that when this process is put into motion, a very personal connection to the topic is created. As a result, participants are exposed to different perspectives from their colleagues at the same time. This exposure to a broad spectrum of distinctive perceptions supports each individual in his/her own learning journey. In addition, it supports the formation of a more objective view of his/her environment.

Mental Models are conceptual frameworks which consist of generalizations and assumptions about how individuals understand the world which in turn, affects their behavior. Individuals may not even know that these mental models exist or are affecting their behavior on a daily basis.

The concept of mental models is a deeper paradigm than personal mastery as described above. It aims at the very core of the navigator in individuals which helps them to understand his/her world, make sense of it and take action. However, this navigator is often not visible to individuals.

2. By listening and hearing alternative points of view one’s own assumptions are challenged

Cutting edge psychological theory postulates that dialogue is the most powerful force which shapes our thoughts, beliefs and identity. Peer-to-Peer Networking’s dialogical approach effectively surface personal assumptions and, by doing, explore and challenge them.

1. Effective teamwork leads to results which individuals could not have achieved on his/her own and

2. The team members have to be willing to shift his/her mental models and be open to learn from their colleagues. Individuals within a team learn more and faster than they would have without the team. 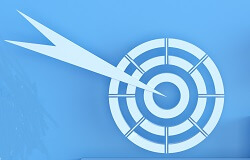 When all employees in a company share the same vision of where an organization needs to go, they all have a common understanding of a shared vision. (This differs from a vision-statement which management has written to direct where the organization should be going). This vision is must be both authentic and shared. Only then will employees intrinsically participate in improvement processes to support the company move closer to accomplishing its vision. Senge describes a shared vision as follows: “People are not playing according to the rules of the game, but feel responsible for the game.”

Peer-to-Peer Networking sessions also supports the formation of a shared vision. An example of this process can be illustrated by the acquisition by a Japanese company of a German company in the automotive industry. One of the key objectives of the Japanese company was that its newly acquired German subsidiary understand and support the key Japanese concept of “Monozukuri”. This concept can be understood as “taking pride in what an employee produces and continuously trying to improve what is done no matter how an employee undertakes it.” It is a core principle and driving force for this (and many) Japanese companies. To enable employees to develop an understanding of the “Monozukuri” approach, Peer-to-Peer Networking sessions on this topic were offered to all employees on a voluntary basis. Nearly two thirds of employees attended these Peer-to-Peer sessions over a six week period. Before the kick-off of the Peer-to-Peer sessions, Monozukuri was not understood. Six weeks later even those who had not attended the Peer-to-Peer Networking sessions recognized the word “Monozukuri”! Employees throughout the German subsidiary now routinely use the word “Monozukuri” to refer to improving processes and products. 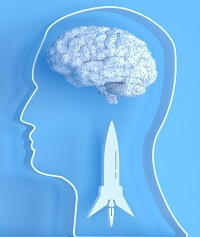 By looking at an organization from a holistic viewpoint rather than small unrelated manageable parts, systems thinking is used to analyze patterns throughout an organization. Senge refers to an elephant metaphor to illustrate this concept: When you split an elephant in two, you do not have two small elephants to take care of. You can only take care of the one complete elephant! According to Senge, an organization is like a living organism and should be managed as one.

Why are Peer-to-Peer sessions and its support of the Five Disciplines so effective?

When Peer-to-Peer Networking sessions are offered to a large portion of the employee population, these conversations open windows to better comprehend what is happening throughout the organization. This input promotes a broader overview of what is working well and which issues deserve more focused attention. Both the process and its resulting output is the essence of collective intelligence which provides organizations the foundation for on-going agile problem-solving and innovation.